You are here: Home / Family Life / Amelie / The end of (this year's school) days.

We made it. Only just and not without some pain, but we made it. 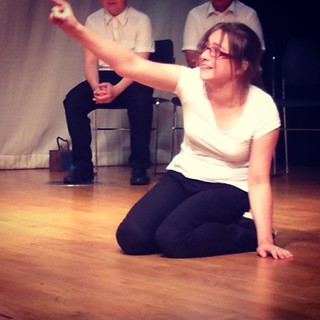 It’s the end of our first full year of schooling all of them. I’m pretty disgruntled about it, as I said before, but there are positives too. None of them want to leave so I suppose that is a positive. They all have positive relationships occurring in their schools, which is good. They’ve had some great teachers and they’ve had some dreadful ones.

As things stand, this is how we are. Maddy will remain at the school that all three big ones started the year at next year and probably for the next two years, till her GCSEs end. I can’t access her report but since it will be meaningless sentences and numbers, I won’t pay it much attention. Amelie moved mid year and came home with a report of sparkling, blinding intensity, that spoke of a talented but quiet (!) girl with a bright future. In 10 weeks they found out a lot about her (if not ALL, clearly!) Fran has left her current school and intends to join Amelie’s school for 6th form in September. Josie is going back, though she is adamant that she won’t be going to senior school until it is exam time, if then. Personally, I’d happily have her back at that point and I’d happily have Maddy back for the A Level years; it would make decisions of what to do with Bene far easier since I wobble between wanting to home educate and no. The school system for kids of that ages seems terribly pointless and sending him to school if all his sisters are in because he’s busy and boisterous and sociable and I think I might now be too lazy to home ed.

We’ve had a child in school for 3 years but it was this year that was my wake up call really. I learned some good things and some bad things.

This was the year I learned that metrics and league tables mean that a teacher might just choose not to prepare a child for an exam at all because Literature is not measured and accountable the way Language is. I learned that my big mistake was trusting that all people doing the job of a teacher are doing a good job and coping with the situation they are in. I learned that education truly is still my job because it was only spotting the crashing gaping hole in the middle of her knowledge that saved her at all.

I also learned there are are other teachers who will step in and try to help when they see how wrong something has gone, even when they, like I, know it is too little too late. But at least they tried.

I learned that, while it was too late to do enough this time, I would be really good at coaching English and that I will not make the same mistake with Maddy.

I learned that sometimes a kid will go into an exam having never done a single practise paper for it, because a teacher is too lazy, or too ostriched, or too inept to do what was needed and that when the results come out and the country only sees kids with D or E in exams about famous books, they will conclude it was the kids who are inept or lazy, they will think we might as well strike literature from the curriculum and those same kids, totally failed, will leave school believing that they are rubbish at literature and hate reading.

And that’s a tragedy.

I also learned that in a different school fabulous written work gets rewarded and the teachers are savvy enough not only to push that kid further but also to check their mum didn’t do the homework for them.

I also learned that a good junior school will listen to a parent who feels they might have made a mistake, will work in partnership with a parent and will correct the error because they happen to still think a parent opinion is important.

And I learned there are some amazing, passionate, fabulous teachers who will step outside the constructions of school etiquette to do what is right for a child, no matter what.

They get nice presents. 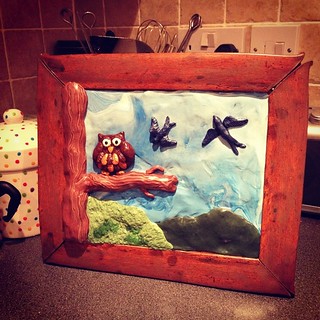 I learned that Fran had an amazing form teacher who is brilliant at spotting kids with talent. Maddy is part of a great gang of actors now who put on an amazing and very, very funny show.

I learned that Josie is developing just as I imagined she would, with slow but self driven language skills and a knack for maths. She got an amazing report but wrote on it that next year she wants harder work.

I learned that I have not paid close enough attention to helping Maddy organise herself and I need to support her more in that next year. She often quietly slips through the gaps, which isn’t fair.

More than anything else, this year I learned what a privileged schooling I had and how little harm I did the girls by keeping them out of the state system. I learned that I support teachers who strike because they are worn out with interference from the government and being asked to treat children like numbers. I cheered for them as Gove went down.

I also learned not to be afraid to bang the curtain down on a kid who can’t cope with the complexities of school and online life clashing. I took a Facebook account away, not without some personal angst and not without many warnings. I might have got outrage and fury but in fact I got relief and a happier girl.

There is a lesson in there.

I miss home ed terribly, I still do. I’m more disillusioned with the education system than I ever was even though I have more respect for teachers than I ever did. It is so broken though, so very broken and so very ineffective. We’re staying with it because the positives are there and you can’t go back really but six weeks of summer will not be enough.