You are here: Home / Family Life / Me time? When you from Skid Row, there ain't no such thing.

“Alarm goes off at seven… and you start up town…”

Last year Max and I gave up watching TV in the evenings. We were suffering from the “87 channels and nothing to watch” syndrome and our internet is so slow that downloading things isn’t an option. Streaming from free online services doesn’t work at all here and I assumed that would be the same for all paid services too. We turned off the TV and took to gaming, reading, listening to stories and crafting instead. It’s been a nice change from the ‘slump in front of dross’ habit and I’ve not really missed it. The kids rarely watch TV and weaning Bene off CBeebies was well worth doing. I really can’t stick much of it (though I would like to meet Mr Bloom 😉 ) The boy is so late to bed, thanks to apparently boundless energy, that me time has shrunk to a tiny portion of time after 10.30pm at night. I end up staying up too late and being worn out and we are both so tired that we don’t even talk. Marital relations are pretty much reduced to being heaped as two weary puddles of person on the sofa, vaguely holding each other up until we’ve read a chapter and gone to bed.

And recently, that hasn’t seemed quite so okay. I love reading, I love quiet companionable activity doing our own thing but we both missed winding down together and both missed shared entertainment. The nature of family life is that even things we both enjoy doing we have to do separately; I run or we take a child out for some time or one or other of us gets a day out somewhere.

Me time as a thing that really happens. Not so much. And anyway, it isn’t so much me time I crave as US time. What I wouldn’t give for time just with my husband, uninterrupted, away, no money or kid worries. It’s been a very long time since we had a weekend away together.

In steps Netflix with a partial solution; if you can’t head off for the holiday, bring the escapism in to your home! 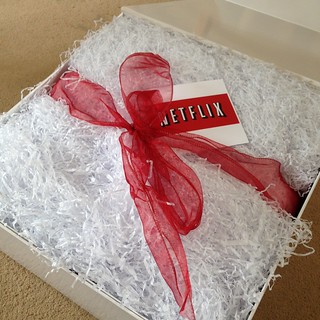 It hadn’t occurred to us that our 1.5mb download speed would run a service like Netflix, I had just assumed it would be like iplayer (ie, totally not worth turning on!) but it is flawless and runs like the tv or a dvd. For a family used to being in the total dark ages when it comes to such things, it has been a revelation, as has the Apple TV gadget they sent us to play our year of free Netflix on – utterly fab! 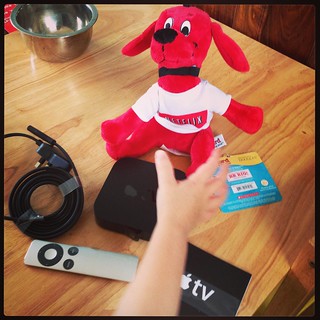 Bene stole the dog pretty quickly. He also chose our first film, Disney Cars, which made me cry. I am a full on wimp.

So what have we been watching? Well, surprisingly for me I loved the first series of 24; I’m still slightly traumatised by the big reveal at the end of it (okay, I’m 13 years late to the party or something but never mind) but the best Netflix moment of the month was being able to rescue Fran after a very weep inducing maths GCSE. I’m never allowed to indulge my chick flick side with Max but Fran was up for it, so we watched Pretty Woman, which was the perfect recovery. I can cope with me time with my biggest girl, tucked up on the sofa with popcorn and sweeties 🙂 And last week she and I wept a little more to Calendar Girls after a tooth extraction. We know how to party. (We ate a LOT of red sweeties!) 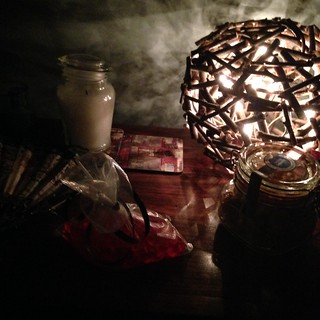 Max and I have properly enjoyed our evenings on the sofa at the end of the day; it has been quite a revelation to find out we can indulge in some US series’ that we’ve never bothered to try before. I’m not sure if we’ll do another 24 (I’m still smarting… did I mention that?) but I’m up for suggestions on other ones I might like. And last night, while he managed a football team, I watched the first episode of Orange is the New Black on my phone, with earphones, while I knitted. Perfect. I didn’t expect to like it but something about the crafting of all the story lines together appealed to me. I think he might even like it too, assuming I’m prepared to let him watch a series about loads of women hunkering down in jail together and enjoying each others’ company. 😆

Me time. Not so much. Together time is what does it for me. What about you?

Disclosure: we are part of the Netflix Stream Team. It’s like friends, with benefits. Hopefully not the type that will see me dressed in orange and hoping for yoghurt handouts 😉