You are here: Home / Family Life / Freddie / Out of date.

Max and the girls had a model kit out at the weekend. It’s been in the garage, half made, for I don’t know how long, wrapped in newspaper, congealing paints, glue that has had long enough to go off and not stick properly.

A relic of a different time.

I couldn’t have told you when they made it, or why, or where the first moment of making it fitted into our life.

For whatever reason it was put away and not finished. Until this weekend when it was back on the dining table, paints mixed, new brushes, replacement glue.

I bent over the protective old newspaper where it had rested, my eye caught by a story. We don’t often have newspapers here, Max and I never have time to read them. And when I finished, I glanced up at the top. 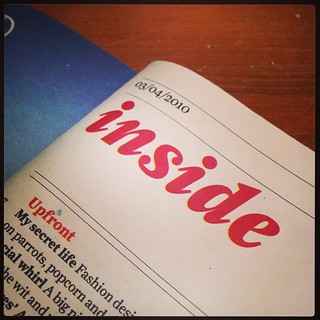 The day that paper, which has lurked unnoticed in the garage since, came into our house was when Freddie was one day old. It was bought while I sat by his bed with a doctor who did a brain ultrasound and told me he thought he would be okay. It was bought, I imagine, by my dad who was here with my mum looking after 4 shell shocked girls in the last 2 weeks before my parents separated and my birth family fell to pieces at the same time as my own little family did.

While that paper was on my dining room table, Max and I were going through hell, watching our son live and die and ricochet through the endless permutations of people who had different opinions about his chances. On that day, he was going to live. On that day I held him and his eyes were open and he had some calpol because light therapy made him hot and grumpy. On that day, Max and my dad had a man hug when the news was okay and a doctor I believed knew best believed in my son.

A day later he was inert and still, drugged against my wishes. A day later a different doctor told me that they believed he would have grade 2 cerebral palsy but wouldn’t tell me how good or bad that might be.

9 days later, knowing he was facing a life of watching his sisters live a life he couldn’t if I made him fight to stay with me. I had no idea what was in his future. No one could tell me if it would be a lisp and a low IQ or a life of inert fully comprehending physical inability.

So I let him go. Because I was afraid for him.

Every time I see a child with CP or another life challenge, I wonder if I let Freddie go when I should have made him stay. Nothing adds up, nothing makes sense, nothing points towards the life he would probably have led. I see kids who had devastatingly traumatic births barely live or live fully and I cannot find a place where Freddie might have been among that.

That’s what I live with. Not knowing – ever – if I did the right thing.

It’s been long enough for the paper to curl and go brown. The paint congealed. The glue went off.

But it is still yesterday.

I do try not to be passive aggressive and angry but today I am.

I know it is a personal failing of mine that I cannot champion the causes of kids living the life he doesn’t. I know the living are more important than the dead. I do know. And I wish people well, I really do. I want them to have that life that he can’t have and the support I haven’t had to fight for. I want them to have what they need.The reason I chose to let him go was because I have grown up alongside someone bringing up the child he might have become.

But if you directly make a positive choice to send me links asking me to be part of a group and raise money for an amazing CP child who has achieved much in spite of all the challenges and has all the issues he would have had – IF HE WASN’T DEAD – I only hear one thing in my head.

It’s four years ago. But it is still yesterday.