You are here: Home / Charity / Just Like Us #WomenAndGirls #EveryNewborn

As the mother of 4 girls, as the mother of a boy who never came home from the maternity hospital and as the mother of a boy I have to raise to respect and support the women in his life, it will come as no surprise to anyone to know that rights for girl and rights for newborns and their mothers are high on my list of priorities. If there is one cause I would choose to champion, it is that girls should have the right to grow up unhindered, unharmed, unafraid and without the shadow of grief for a child in their life. These are not big asks in the modern world.

Last week I had the opportunity to listen to a debate on family planning, ending newborn deaths, healthcare for women and girls and tackling the twin problems of Female Genital Mutilation and Forced Childhood Marriage; Melinda Gates, Justine Greening and Catherine Ojo (a Nigerian midwife), to name 3 of the panel.It was an extraordinary thing to have been brought to such an event, sitting in a room with gynecologists, charity workers, women;s rights campaigners, and champions of family planning from so many professions as well as national media. Under the smiling faces of girls who live their life at the very sharp end of where unattended childbirth can mean death in a moment and where being a girl is enough to mean your genitals may be forcibly cut away from you, we listened to how the powers of the world plan to change this. 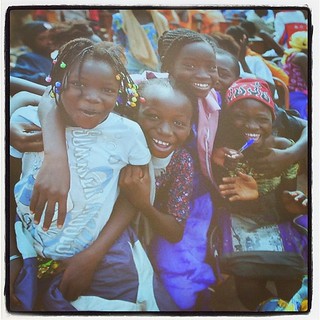 We were there to champion a piece of the jigsaw, newborn and maternal death. In 2012 ONE MILLION babies died on their first day of life (perhaps because their mutilated, 15 year old married mother was not allowed or enabled to go to hospital and lacked the education and power to demand that she should) and 2.9 million in their first month. In 2010 those figures will have been broadly similar – and one of those 2.9 million was my son.

I don’t want that for anyone, least of all people for whom some basic essentials (not being too young, too damaged, too isolated, too dis-empowered) could have changed that. Ending those disaster triggers would save so many lives and save so many mothers from living the grief – time after time – that I have lived. 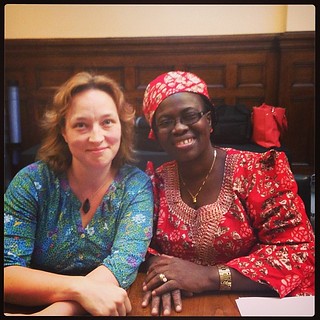 Catherine Ojo is a midwife in Nigeria who, having headed up SCBU units and women’s hospitals is now campaigning for more trained midwives to support women during birth and beyond; globally we are short of 7 million doctors, nurses and midwives and 100,000 women give birth without medical assistance a day. Catherine was passionate about the need to get midwives out to rural, isolated areas and ensure the infrastructure was a safe and supportive one for them. Chris, Jen and I had the opportunity to interview her; from assisting labours in the dark, to speaking of keeping a SCBU unit going single handed, to her frustrations at dealing with outdated practices and tragic situations where midwives die while trying to do their job, she was inspirational, a woman who has got on and done what is needed. She is passionate about better training, respect, pay and environments for midwives and women. Just like us? Just like us.

Change is happening; the newborn death rate globally has halved since 1990 and when I asked Justine Greening what we were doing to support other countries in providing a good healthcare system, she spoke about focusing on successful health initiatives, such as delivering vaccines in a targeted fashion and helping countries to create new services based on these models.Melinda Gates spoke passionately about demanding, as a worldwide community, that everyone has access to maternity and health services on an equal scale in the next 20 years. She’s a woman who knows and she believes that is achievable. I believe we should demand it become so.

Those girls at the top there. They are little girls, like my little girls. My girls are growing up safe (if not untouched by infant mortality statistics) and intact. They won’t have to marry early, they have not had their clitoris sliced off with glass, they have their physical needs cared for by hospitals when required. I can’t promise they won’t have to hold their dead or dying baby in their arms, but I know that if it happens, it won’t need to be because their husband refused their 15 year old body the right to go to hospital.

I’ve written before about suddenly understanding that women on the television with deadened eyes and broken hearts were just like me, mourning and in despair. I shudder to know there are girls as close to home as in my daughters’ own schools who will be terrified of what the summer will bring this year. I do know that it is time we forced the international community to cease the rhetoric and the well meant suggestions and start to deal with these issues.

Very simply, you can make a start by signing this petition to put pressure on our politicians to end newborn deaths. 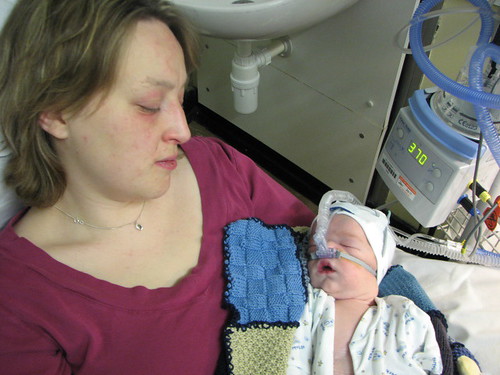