You are here: Home / Archives for neonatal death

Fly high, little boy. Second to the right and straight on till morning. I miss you with every bone in my body, every glance of my eye, every thought that passes. Be somewhere beautiful and don’t look back.

I look back at what i wrote this time a year ago and it seems like a macabre joke. “And as for me and Max; Max says he has no regrets about leaving work and enjoys our life and his new job. I enjoy not doing it 🙂 Weâ€™re happily married again and both looking […]

There’s nothing like losing your child to make you think about the real meaning of a winter festival of light and renewal. I’m not Christian, in fact, I’m not really sure if I’m anything, but not even a year that has played out like a Victorian morality tale of fallen women and divine retribution can […]

I did better today. Not as in “feel happy and chirpy and like Xmas is coming” but better in a “put one foot in front of the ****ing other” sort of a way. I can do happy. I can do Christmas. MyÂ  garden is not full of snow like the other parts of the country […]

I am the Grinch and I am Scrooge. I do not want Christmas cheer. I do not want the fun to start. I do not want lights or jolly men in red suits, or greenery to signify life, or newborn boys in mangers or light to wash away the dark or death. I do not […]

I’m not really here much, but it isn’t for any particularly good or bad reason. We’re very busy at work and I’ve been there every day this week, with the girls having days with friends, relatives and even a paid sitter one day. This works okay; I get up early and sit with them through […] 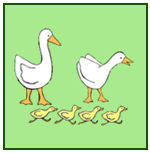 Last week we were away in Devon for a annual holiday with friends in a Youth Hostel. I’d like to say I had a great time, but I didn’t, it was just too hard, but the GIRLS had a LOVELY time and really, that’s nearly all that matters. It’s incredibly comforting to be in the […]

Dear Freddie, On the day you should be 8 months old, I am with friends, lovely kind friends. I am surrounded by children. In this place are all the children your sisters love and who would have loved you. We are here with the babies who would have been your little gang. There are conversations […]

Fotheringhay has such history. Births of princes and kings, sanctuary for a Queen fearing the country was turning against her, a home, the rally and meeting point for a family in a country torn apart by war, the prison where a Queen was held and ultimately beheaded. It probably has one of the most oddly […]