The summer holidays are nearly over and before you know it, they’ll all be back at school again. It feels like it has been a packed holiday. Last week in particular was crammed with ‘stuff’. We went to visit my sister for the day because (aside from wanting to see them!) Fran had to go to a training day for a rugby event. She has rather impressively been picked to play for the North of England Under 18 side in a Touch Rugby event, which involved a session training in Lincoln and another one next weekend in Manchester. I’ve never even BEEN to Manchester. (I don’t know how we will get there as the car is in limp mode due to an inexplicable fault… waaah).

She’s quite excited about this – as is her Dad – and I’m pleased too as she and Maddy have been playing contact rugby more recently and I can’t say I’m a fan of that. Rather illogically I don’t mind Fran hurtling through the air backwards and upside down but I don’t really like people banging into her 😆

We had a lovely day with my sister and co too 🙂

On Monday Fran had her braces fitted, the second to last bit of the cleft intervention she should hopefully need. You might want to pop over to her blog and read about that, since she’s writing again. It’s been a long old road and there is at least two years of this but she’s happy to have it started now and the first wave of it hasn’t been too uncomfortable. I’ve never seen such an odd shaped first wire though – it went in zigzags!

Through all of this Maddy was happily off at CCF camp near Ironbridge; she took part in riots, rifle training, police training, went flying and did a lot of ironing, so far as I can tell. She’s extremely composed about being away from home – my favourite thing was how thrilled Fran and Bene were when we spoke to her on the phone. Was good to get her back and I took her for a quick visit to the baby rabbits we are adopting as a friend has found herself with rather a lot of them by accident!

On Wednesday Amelie needed a small eye operation to remove some molluscum growing in her eyelash line. They’ve been causing enormous amounts of eye itching and refusing to go on their own so surgery had to happen. Was a tedious but very simple day and all went well. I’m having to keep an eye (ha) on it now though as it is a bit crusty 🙁 Thank goodness for the NHS is all I can say; every time I have to fill in the EHIC application, which can been seen here, for one of the girls to go abroad, I thank my lucky stars for it. 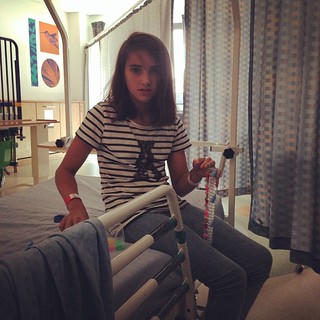 Josie and Fran did a few days either at work or at gym as Josie was enjoying some more gym camp. I have no idea how that child can do so much exercise and not completely collapse but she seems to manage.

I spent quite a lot of the week trying to stop Bene from being so freaked out by spiders and beetles. 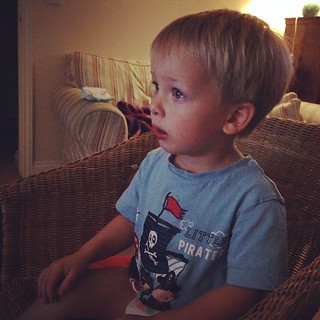 …he conceded that Spider in the Bath is in fact a lot of fun. 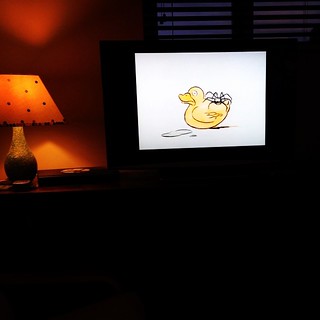 He’s also really enjoying going to PlayGym at Phoenix, which is good as we need to tire him out a bit more. He’s giving up on naps, which is slightly painful all round! 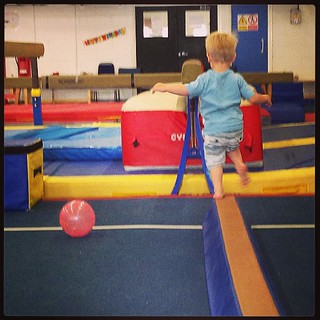 Along side that I managed to do a phenomenal amount of work on two websites, finish 3 books (the ends of each not all the way through each!) and finish the boarder on my sisters blanket. So it was a productive week, all in all.