You may or may not have noticed that we’ve just relaunched our CraftMerrily website (home of Hama Beads and Fimo and currently Loom Bands too) in a brand new sparkly design. It has taken months of our time as we’ve done it all ourselves but has gradually turned into something I’m pleased with. Upgrading e-commerce websites is hard – when you also have to run 5 kids and the rest of the business (and at times a gym too!) alongside that, it is very hard.

Now starts the hard work. When websites change software, they go through as period of time where no search engine gives them the time of day. It is also the moment where you realise where all the holes and unfinished bits in your work lay. This week I went to work for 5 days, which was knackering as I’m not used to it! I’ve got a list of nearly 1000 products with bits and pieces that need tweaking and improving and sorting out. It’s a long grind – and if I tell you that by the end of the week I had done about 50 of them, you know how big a task it is. The we have to start on thew other websites. Anyone who tells you that owning your own business is a lark is lying. It is hard and relentless work and I find keeping motivated difficult.

I missed Bene. I’m not used to being away from him. He and I are going through a period of change right now. He’s weaning and I’m missing my baby. He’s all boy, all planes and cars and rough and tumble and daddy and going out on the bike. And he loves his nursery so much. It’s hard to justify having him at home in some ways. He’s moved into his bedroom, though he appears in my bed by morning every night and he’s not really needing me to put him to bed – in fact he is better if I don’t. We are separating, gradually. I’ve done it before and I’m used to it and I’m not so much regretful as… melancholy. This is the last time. Babies and I are done. I’m ready – but also horribly aware that I am now in crone stage. maid and mother was so short. I’m going to get more crinkly from here on it. It feels odd. And fast. 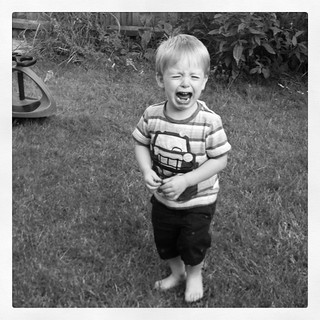 I feel a bit like this. (I wouldn’t let him eat foxgloves, in case you are wondering).

The summer is almost upon us. Fran has finished gcses and we’ve had some time together. A prom dress trip and a day in Cambridge were both lovely. 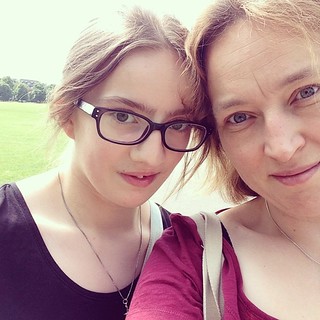 I went to Britmums where I spent lovely time with lovely people, too many to name really. Special mention to my roomie Rachael. We jaunted around London together a bit too. 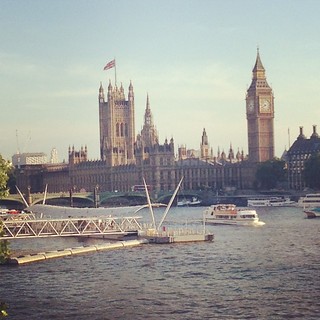 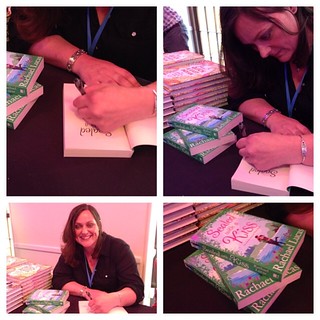 That’s her, signing her book, Sealed with a Kiss. Clever woman.

I’ve been doing other stuff, but mostly I’ve been working and writing product descriptions and hoping with enough work we can combat the endless onslaught of battling against big multinationals with questionable morals and stay in business.